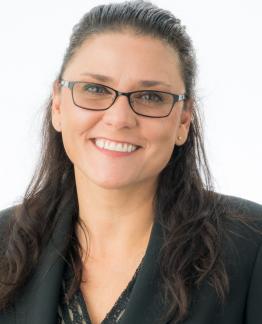 In her role with WSFS Wealth Investments, Donna is a:

Donna holds a BA in political science from West Chester University and an MBA from Widener University.

Donna currently resides in Wilmington, Delaware, with her husband, Mark. She is originally from South Philadelphia, Pennsylvania. Donna is a proud alumnus of St. Gabriel's School and St. Maria Goretti High School. 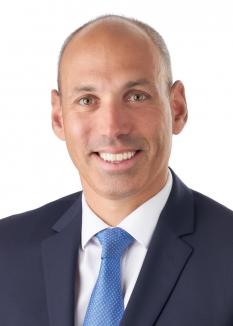 Since starting at WSFS Wealth Investments in 2009, Ted has been committed to assisting clients in reaching their investment and retirement goals. Through his easygoing personality and a conservative approach, Ted focuses on wealth preservation and creation based on the individual needs of each client. Each goal is reached by putting the client first and gathering as much information as possible to make the best investment decisions. Ted’s goal is to forge a long-term relationship by making this sometimes confusing journey a simple process, where your ideas and comfort level are always the most important.

Although he’s always had a passion for investments, after graduating from the State University of New York at Cortland, Ted became a middle school science teacher in Queens, New York. It was during this time that he decided to pursue his career in financial services and began working for T. Rowe Price in Owings Mills, Maryland. While at T. Rowe Price, Ted honed his investment knowledge and skills. An opportunity later arose to relocate back to the New York City area, where Ted began working for E*TRADE Financial in its flagship Park Avenue branch and later in the Garden City, New York, location. This combination of teaching experience and financial knowledge allows Ted to clearly and concisely present ideas regarding finances, without all the financial services jargon.

Ted earned the CFP® certification from the CFP Board in 2015. The CFP® mark certifies that he has met the CFP Board's requirements for education, examination, and experience. It also means that Ted abides by the CFP Board's Code of Ethics.

Ted earned the AIF® designation from the Center for Fiduciary Studies in 2014. The AIF® designation certifies that he has specialized knowledge of fiduciary standards of care and their application to the investment management process.

Originally from the beautiful Finger Lakes region of Upstate New York, Ted lives in Chester County, Pennsylvania, with his wife, Kristin; son, Theo; daughter, Caroline and rambunctious golden retriever, Quincy. During the summer months, Ted spends plenty of time trying to improve his golf game and the rest in his large vegetable garden. It seems that his gardening skills are improving more quickly than his golf game. In his garden, he grows an extensive array of vegetables, including asparagus, garlic, a large variety of hot peppers, and plenty of other traditional garden staples. He also grows apples, peaches, and figs in his small orchard. Ted and his wife also enjoy traveling and, after several trips to Europe, including their honeymoon, make it a top destination. They also take an annual ski trip to the western United States and have skied at Sun Valley, Breckenridge, Crested Butte, Squaw, and Heavenly, to name a few. When Ted is indoors, he enjoys cooking, wine tasting, and catching up on TV series. 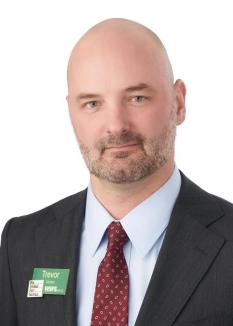 Trevor partners with people who realize they can't be experts at everything and value the long term benefits of someone who specializes in finance. He's young enough to keep up with the ever-changing trends in the industry, the economy, and the world; but experienced enough to understand the risks that abound and keeps the longer-term goals of his clients in perspective at all times.  Trevor predominantly serves client needs under a fiduciary structure. This structure allows for creativity and flexibility in investment solutions but also ensures client best interests are looked after at all times.

Trevor is in his 19th year with WSFS Wealth Investments and 21st overall as a financial advisor. His main concentrations are on individual asset and portfolio management, income generation, retirement planning, and 401(k) plan advisor services for businesses. He is an alumnus of LaSalle University in Philadelphia.

Trevor resides in West Chester, Pennsylvania, with his wife, Cathy. Trevor and Cathy welcomed their daughter, Leah, in August 2015.

Trevor has been involved with various organizations throughout his years at WSFS, including United Way, Habitat for Humanity, Junior Achievement of Delaware, and was previously the chairman of the Delaware Humane Association Finance Committee. 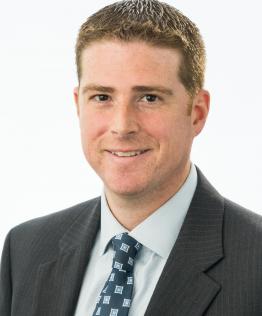 Nick follows a client-centric philosophy to serve as a true partner in your financial journey, offering products or portfolio changes that keep your best interests in mind. He will work closely with you to understand your values and goals for the long term, as well as your concerns today. Nick can help you add discipline, knowledge, and objectivity to your decision-making process. It's easy to fall into the habit of choosing based on emotion, and it's vital to have a partner by your side to help you make informed decisions and encourage you to stay on course. Nick’s goal is to develop a long-term relationship with his clients and help take the worry out of their financial plan.

Nick has been working in the financial industry since 2002. He started his career with T. Rowe Price, gaining experience with mutual funds, retirement, brokerage, and college accounts. He is an alumnus of Loyola University Maryland and has been working with WSFS Wealth Investments since 2007.

Nick lives in Chadds Ford with his wife, Amanda, and his sons, Andrew and Charlie. 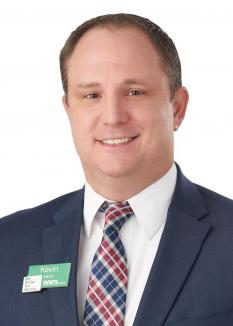 As a WSFS Wealth Investments financial advisor, Kevin guides clients in all areas of wealth management, including, but not limited to, retirement and education planning, portfolio construction, liability management, and insurance needs. Realizing your ambitions and goals requires a detailed approach to financial and life preparation. It isn't something you should undertake alone. You need someone who understands what matters most to you today and in the future.

Kevin’s business philosophy is a strategic wealth management-based approach. He believes that “the interest of the client comes first.” He addresses all aspects of his clients’ financial needs and provides assistance and education during each lifestyle phase: professionals, retirees, and investors.

Kevin holds the Chartered Retirement Planning CounselorSM (CRPC®) designation as awarded by the College of Financial Planning. He holds his FINRA Series 7 and 66 securities registrations through Commonwealth Financial Network®. In addition, he holds life, health, and long-term care insurance licenses.

Kevin has worked in the financial industry for 14 years. Previously, he worked at Bank of America/Merrill Lynch as a financial advisor, cultivating and growing client relationships to establish new brokerage accounts. He graduated from Towson University with a BS in business administration, with a focus on management.

Kevin currently resides with his wife, Rebecca; their daughters, Grace and Anna; and their son, Brett, in Newark, Delaware. 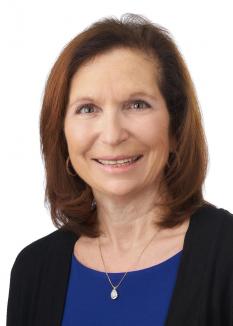 Deb joined WSFS Wealth Investments in 2016. She has more than 18 years of experience in the financial advisory profession in Chester County, building lifelong relationships with her clients that continue today. Deb earned the CERTIFIED FINANCIAL PLANNERTM professional and the Certified Divorce Financial Analyst (CDFA) certifications. These industry certifications demonstrate her commitment to the highest level of knowledge, ethics, and continuing education that these designations require.

As a CDFA, she can educate clients on the short- and long-term financial implications of different divorce settlement proposals. Deb can assist divorcées by identifying and valuing the marital assets and liabilities, as well as exploring creative solutions and options for the distribution of the marital assets.

Deb holds FINRA Series 6, 7, and 63 securities registrations through Commonwealth. She is also licensed for life, health, and variable insurance.

She earned an MBA from St. Joseph’s University and a BSA from Villanova University. 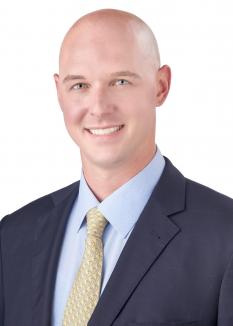 When Perry is not working, you can find him exercising his culinary creativity in the kitchen, on his motorcycle, or behind the drums playing with his band, the Usual Suspects. He believes that the key to life is to pursue what makes you great, along with what makes you most happy. Perry is passionate about travel, his family, his community, and he has a soft spot for his American bulldog, Salinger. 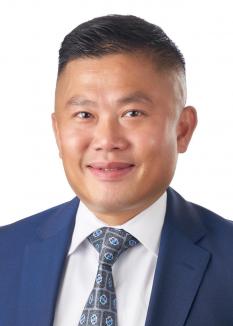 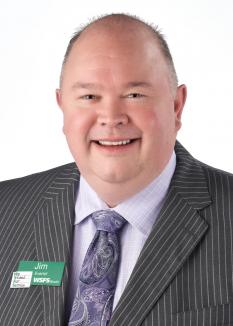 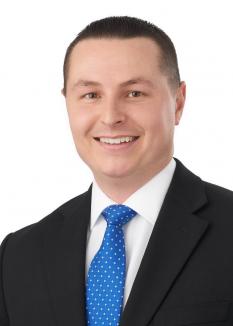 As a WSFS Wealth Investments financial advisor, Steve really takes the time to listen to what is important to you before he makes any specific financial recommendations. He makes sure that you are able to clearly see how the financial actions and decisions you make today will affect your tomorrow. Steve will work closely with you to design a financial plan that will help you achieve your financial goals both in the short term and in the long term.

Steve is in his tenth year in the financial services industry and his ninth year with WSFS Wealth Investments. He graduated from West Chester University of Pennsylvania with a BS in business management. He went on to graduate school at Wilmington University, where he earned his MBA with a concentration in finance. He holds FINRA Series 6, 7, 63, and 65 securities registrations and is fully licensed and appointed to do business in Delaware, Maryland, Virginia, and Florida.

Steve is a resident of Millsboro, Delaware, and enjoys playing golf in his free time. 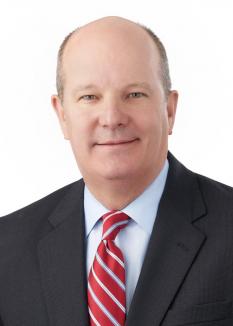 Previously, Bill was employed with Fulton Financial Advisors in West Chester, Pennsylvania, where he worked as a financial advisor to cultivate and grow client relationships to establish new brokerage accounts.

Prior to Fulton, Bill was a regional marketing director for Hartford Insurance Company in Syracuse, New York, responsible for the sales of mutual funds, fixed and variable annuities, 401(k) plans, and life insurance to brokerage houses covering upstate New York. Bill attended Villanova University, where he majored in marketing.

Bill resides in Landenberg, Pennsylvania, with his family, is the athletic director for Assumption BVM in West Grove, Pennsylvania, and volunteers for the Delaware Special Olympics. 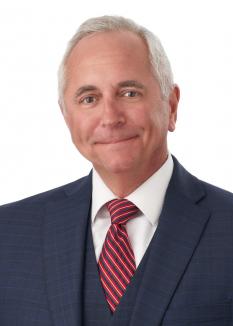 Frank, with a combination of 28 years of investment experience and a personable attitude, is an invaluable asset when creating sound investment plans for his clients. He especially enjoys working with clients who are preparing to retire or are already retired, helping to ensure that they have the right plan to meet their retirement dreams.

Frank is a graduate of Widener University, where he earned a BS in psychology and personnel management. He is a resident of Lewes, Delaware, where he lives with his wife of 32 years and their youngest son, Evan, who is in high school. Frank's wife, Romaine, works as a para-educator with special needs children for the Cape Henlopen school district. Frank's oldest son, Frank, is a Maryland state trooper, and his middle child is a captain in the Army. In addition to investments, Frank is very passionate about youth sports—particularly football. He has coached for 17 years. He also loves classic cars and owns a 1973 Ford Mustang convertible. 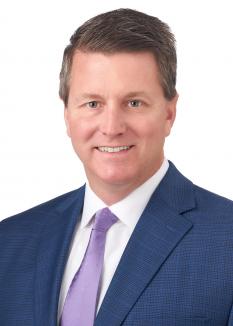 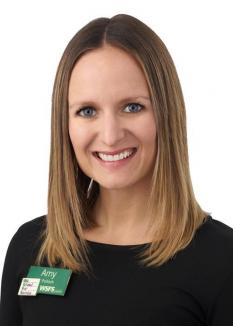 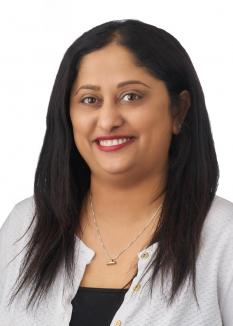 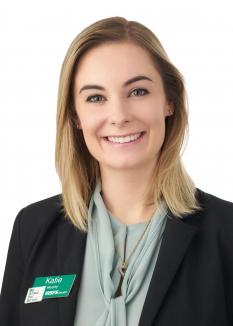 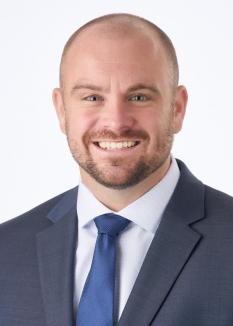 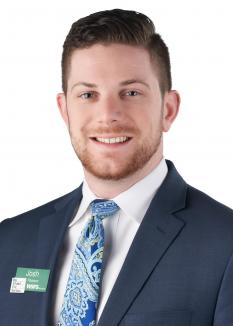